The Dollar, or USD, is the official currency of the United States of America and the most widely traded currency on the planet.

The Euro is the official currency of 19 of the 27 member states of the European Union (known as the Eurozone) and is the second-largest currency in the world behind the US dollar. The European Central Bank oversees the entire Continent's monetary policy and is, therefore, more independent from national governments than most other central banks.

More on the EUR/USD Pair

When investing, your capital is at risk. Past Performance is not a reliable indicator of future results.

Why is Forex Dollar-Based? 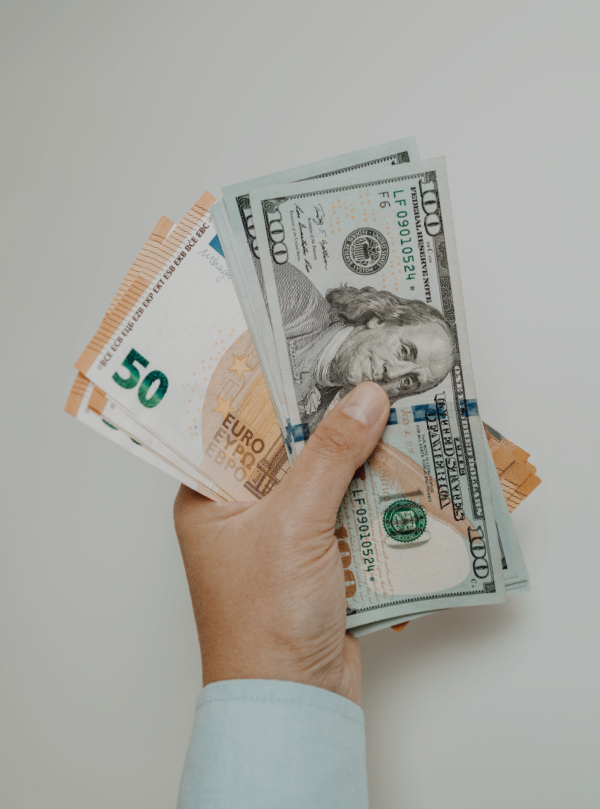 The primary reason that most currencies trade in the forex market against the U.S. Dollar goes back to Bretton Woods agreement made near the end of the Second World War. After that devastating global war, the United States was the only major country that emerged relatively strong economically after the costly conflict compared to the other significant nations of the world.

Despite proposals for the creation of a neutral global reserve currency called the bancor, pressures prevailed for the U.S. Dollar to be chosen as the world’s reserve currency at the Bretton Woods conference held in New Hampshire in 1944, just before the end of the war. Now, the seven most actively traded currency pairs currently trading in the foreign exchange market, also known as the Majors all trade against the U.S. Dollar.

Specifically, EUR/USD makes up the overall volume leader in the foreign exchange market, and this currency pair accounts for over 27% of overall daily forex trading volume according to the Bank for International Settlements or BIS. The Eurozone countries that consolidated their national currencies into the Euro together make up the largest economy in the world by GDP, with the United States in second place.

As the currency of a national collective, and the second largest in the world, there’s no shortage of stories relating to fluctuating prices of the Euro. They might not all be particularly interesting, but they exist! But it also means there are no shortages of traders looking to speculate.

A lot of price action tends to come from news resulting from ECB policies, especially if those policies are particularly in line, or against the U.S. Federal reserves latest policies, creating downward or upward pressures on the currency.Lastly, the financial health of individual countries can colour perception for the Eurozone as a whole, just think about the multiple bailouts for Greece.

Pynk is a registered trademark and copyright of Crowdsense Ltd. Crowdsense Ltd is a company registered in England and Wales (No. 11339494) with the registered office at 20-22 Wenlock Road, London, England, N1 7GU.
‍
Crowdsense Ltd is an unregulated firm and the information contained herein does not constitute investment advice or investment research and should not be relied upon to make any investment decisions.
‍
Investing involves risk to your capital. Past performance is not an indication of future results. The value of your investments can go down as well as up, and you may get back less than you originally invested. References to specific assets or securities are included for illustrative purposes and should not be understood as an endorsement or a recommendation to engage in investment activities.
‍
Please invest aware.